A Hero’s Journey Through Clinical Trials

The quintessential hero’s journey is a theme commonly seen throughout literature and cinema, in which a character sets forth on an expedition, undergoes conflict along the way, and yet still triumphs over adversity at the end of the story.

This type of hero’s journey can be a suitable analogy for the clinical trial experience. Two million people participate in clinical trials every year, embarking on their own journeys in the hopes of a better life for themselves or others. For those involved in clinical trials, adversity may come in many forms: as an illness or unanswered health question, searching for a clinical trial option that’s right for them, completing the extra tasks and assessments that are part of a clinical trial.

We are grateful for every person who gives so much of themselves to advance clinical research. To honor them, Lilly set forth on a different kind of journey, forming a partnership with artist John Magnan to launch The Hero’s Journey(TM) Art Project, a crowd-sourced art collaboration.

Inspired by ePatient conversations and John’s own research on the topic, three sculptures—named Departure, Initiation and Return after stages in the hero’s journey path—represent markers that guide travelers through unfamiliar territory. Like stones stacked to mark a hiking path, the sculptures were formed from 1,000 wooden bricks decorated by the clinical trials community. Each brick represents a unique voice, reflecting the thoughts and feelings of patients, their family and friends, caregivers, physicians, scientists and researchers. 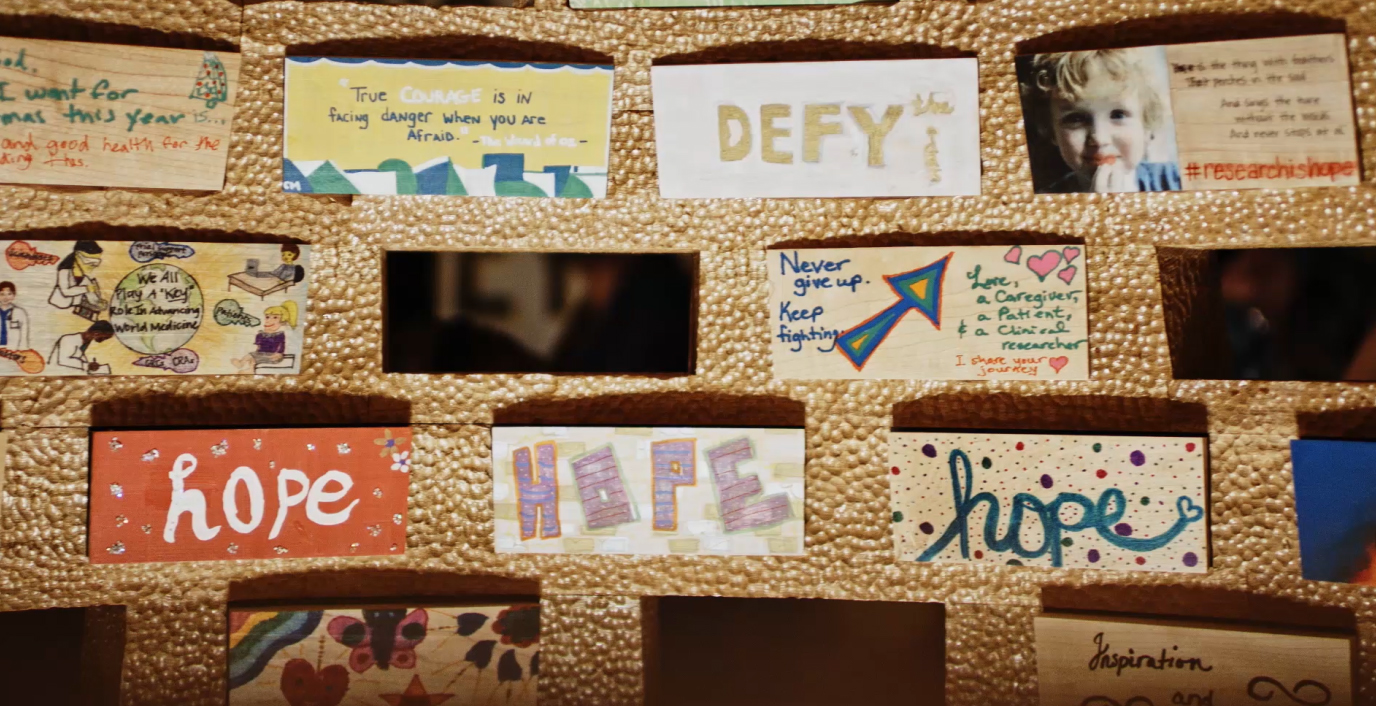 Though the sculptures were completed and unveiled in 2017, the powerful and emotional messages from the project continue to impact the clinical trial conversation. According to a survey conducted by Greater Gift, the sculptures increased awareness of clinical trials overall and opened people to the possibility of considering clinical trial participation.

Today, thanks to Greater Gift, two of the three sculptures now reside in Winston-Salem, North Carolina, and are still on public display.

Want to learn more about The Hero’s Journey(TM) Art Project? Meet the artist behind the statues and the voices behind the bricks in our video series, created by award-winning documentarian Theo Rigby.

By continuing to share the messages found on the hundreds of art expressions in each sculpture, we aim to honor clinical trial participants and raise awareness of clinical trials for years to come.

The mark Hero’s Journey(TM) is used under license from the Joseph Campbell Foundation.