We choose to live with joy and not in fear." Jim and Geri Taylor

When Geri Taylor was diagnosed with Alzheimer's, she immediately knew she was going to be a fighter. What she didn’t know was just how much of a difference her fight would make or how many lives she and her husband, Jim, would touch along this difficult journey. From speaking in front of 400 people at major medical events to traveling to London to sit with the Alzheimer's Association Board, their story — their life's purpose began when they chose to pursue joy over fear.

One morning, Geri Taylor realized that she couldn’t recognize herself in the mirror.

As a nurse, Geri was fortunate that she understood her symptoms and the implications of her family's medical history early. She knew the importance of finding clarity in her situation and went to seek answers. After some time, doctors determined that she had Alzheimer’s.

Facing her fears head-on, she decided at that moment–while her diagnosis was out of her control–to remain in control of how she handled the information for as long as possible.

Geri had been involved in research in addition to having a healthcare background. Because of this , she made the decision to participate in a clinical trial. Jim admittedly knew nothing about clinical trials yet supported Geri’s choice.

In an interview for Being Patient after she was diagnosed, Geri said, “It’s very hard to be sad or afraid when you’re mobilizing or making a plan."

Once Geri was matched with a trial, both Jim and Geri found they looked forward to their visits at the clinical trial site.

“The people in the clinics are warm, helpful, and supportive and make you feel like royalty,” said Jim.

The Trial Experience: Being Part of the Team

During her appointments, Geri participated in cognitive tests, socialized with the staff and other trial participants, and learned more about her treatment and the larger role she was playing in major medical advancements for the disease. Between routine clinic visits, she would find herself reading and researching, as one of the “team members."

"Another psychological advantage, Geri and her colleagues, as she called them, feel they’re doing everything they can to find a cure for the disease. They feel they are in the lab helping the research team doing everything possible. Sometimes when I take Geri home after getting her infusion, I feel like I've got Madame Curie in the car with me,” said Jim.

After some time in phase 1 of the trial, Geri felt she was making headway with the disease. As the trial was deemed successful in phase one, the trial then proceeded directly into phase 3 recruitment. However Jim believed that this period would take around 10 to 12 months, it actually took nearly 3 years due to a lack of participants. During this time, Geri received her infusions every month and continued to as the phase 3 trial began. She was never in the Phase 3 trial, but officially continued in the Phase one extension. Despite this, her experience was still beneficial to her psyche, allowing her to feel in control of a disease that is normally chaotic and unpredictable.

An Unexpected Diagnosis Leads to A New Life Path

It was then, that her devoted husband Jim decided that there was more to be done in the meantime. Between trials, Jim found himself stepping up to the plate as an advocate for clinical trials after discovering that fewer than 1% of Americans with Alzheimer's participate in clinical trials. Jim believes that this lack of participation is the main roadblock to more advanced treatments and possibly even to finding a cure.

Today, Jim dedicates his time to spreading awareness and dispelling misconceptions to others with both mild cognitive impairment as well as those with Alzheimer's. He still firmly believes that clinical trials offer opportunities for both current patients as well as others who may be diagnosed in the future.

Getting Informed About Clinical Trials

“A lot of people just aren’t informed — if they knew about the solution or counter to their concerns, I think many more people would be in trials,” Jim said.

“For instance, some people are concerned about expenses, and they don’t realize that study materials and related medical care are provided at no cost.” Jim continued by saying that trials also have other added benefits that don’t surface until the participant is in the midst of it.

“There’s a tremendous psychological advantage to being in a trial, as you know you’re helping the research and you’re doing your best to manage the disease as opposed to suffering from it.”

Today, a decade after her diagnosis, Geri is still not letting the disease stop her from doing what she loves as she sits on a virtual call with Lilly staff, with Jim by her side. She smiles when asked how trials have made a difference in her life. It's a story spanning over a decade, and she still remembers today what made and continues to make her fight.

“I thought that I could not only help myself but also my family and generally people living with Alzheimer’s,” said Geri.

Jim continues, with a warm smile, “It will give you hope. Maybe it won't help you, but it may help your children.”

As the years continue to roll on, Jim and Geri haven’t slowed down in their clinical trial advocacy. They plan to continue to spread awareness in hopes that through their spotlight and openness about their journey that the cure–that treatment–is just one more trial participant away. Perhaps that participant you? 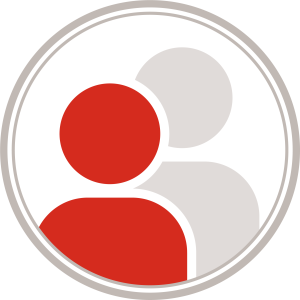 We always welcome input from the larger clinical research community—patients, caregivers, researchers—and periodically feature their voices on our blog. Hearing from them gives us new viewpoints and insights in making research better.