Editor’s note: Jack Knorr is a Senior Research Scientist supporting Early Phase Immunology at Eli Lilly and Company. One of Jack’s chief responsibilities is communicating key statistical concepts to non-statisticians on his project teams. Jack received a bachelor’s degree in mathematics and a master’s degree in statistics from Oklahoma State University, then obtained his doctoral degree in statistics from Baylor University. 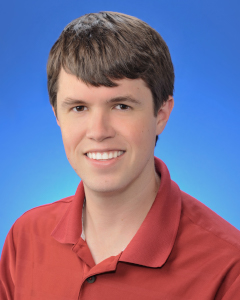 Imagine you bought a new deck of cards, fresh in its plastic casing. When you unwrap the deck and take a look at the cards, they’re all organized sequentially, and you know exactly what card you’re going to draw next. However, once you shuffle the deck of cards and deal a hand to each of the card players, you have no idea what cards they were given. This is a good analogy for how randomization works in a clinical trial.

At its core, randomization is the act of taking a group of objects and rearranging them in some way that relies on chance so that you can’t predict what will happen to any of the objects.

Randomization isn’t one size fits all for clinical trials, though. There are multiple kinds that are used in research:

Simple randomization is similar to flipping a coin, where each coin flip is independent of the others. It’s as though you toss a coin for each patient. Patients whose coin lands on heads receive the investigational medicine, and patients whose coin lands on tails receive placebo. With this example, you may end up with more heads than tails or vice versa simply due to chance. This imbalance is why simple randomization is not typically used in clinical trials.

Stratified randomization is used when the researchers have a particular interest in an underlying trait. For instance, if a disease affects women differently than men, the team would want to make sure that both genders are equally represented within that treatment arm. It’s structured similarly to block randomization, but the blocks are constructed within the traits that the team is interested in. For example, men and women would each get their own blocks for randomization. You can conduct stratified randomization for different groups at once, but the more traits you’re accounting for, the more complicated the process gets.

Clinical trials have been around since the 1740s. So, some randomization techniques predate the advent of computers. A common approach is the randomization table, which statisticians use by assigning random numbers to each subject until you have randomized enough entries for your sample size.

However, the most common method used to randomize patients today is through a computer-based system that generates randomization records throughout the course of the study. If we’re using block randomization, the statistician provides the desired block size, and if we’re using stratified randomization, they also program the size of groups per trait. As each patient consents to participating in the study, the computer assigns them to the blocks and does the randomization.

You might be thinking, “This sounds like a lot of work. Why do you need to randomize clinical trial participants?”

Randomization is crucial to solve substantial issues that would otherwise occur in research. It ensures that the results of the study are due to the effects of the treatment rather than differences between the people in each treatment arm. For instance, say a clinical trial was conducted without randomization and it ended up that the patients who were given the investigational medicine were older than patients receiving the placebo. If there was a difference between the treatment groups’ results, the researchers wouldn’t be able to say whether the difference was because of the treatment or because of the age of the patients. If there’s a difference like that in the patient groups, the results could be skewed and biased, meaning that the results of the study aren’t estimating what we had hoped to uncover.

If we randomize which groups patients are assigned to, the groups of patients should look similar to each other, which takes out any underlying biases. If we’re conducting research where two groups of people are practically identical (except for the treatment they took) and we see a difference in the results, we’re able to conclude that the difference can be attributed to the treatment itself.

What’s more, there are really no cons to randomization. Research teams don’t lose anything by doing it and gain a lot of benefit. The only potential con for the patient would be that they might not receive the investigational medicine if they are placed into the placebo group, depending on the study, but even if researchers did not randomize, there would still need to be a control group that took the placebo.

Additionally, there are a couple of mitigations to the risk of being placed in a placebo group:

This brings me to my final point:

When do patients find out which group they were randomized into?

This depends on another aspect of the study design: whether the participants are blinded. In an open-label study, the patient would know which group they were randomized into from the start, but this is not the case in a double-blind study.

A double-blind study is a clinical trial in which the medical staff, the participating patient, and the people who analyze the results don’t know if the patient is receiving the investigational medicine or alternate treatment until after the study is over. If a study is blinded, there’s no standard process where a patient would find out if they received the investigational medicine, so they might never know.

Do you have further questions about randomization that we can answer? Message us on Twitter and we’re happy to help demystify clinical trials!