Editor’s Note: If you’re a regular follower of our blog, you may recognize Abby Jeske’s name and face by now. She works in Lilly’s early phase oncology division, and she has written previous blogs that share her grandfather’s experience in a clinical trial and his inspiration for her career. Recently, as part of the One Person Closer campaign organized by TransCelerate BioPharma, Inc, Abby was given the opportunity to meet her grandfather’s research physician, Dr. Brian Druker. 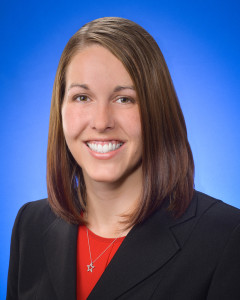 This past October I was presented with an opportunity I had never dreamed could become feasible. Through TranCelerate's One Person Closer campaign, a cross-industry collaboration project in which I participate, I had the chance to travel to Oregon Health and Sciences University (OHSU) to meet my grandfather, Papa’s, research physician. I have previously shared Papa’s clinical trial story and the role the staff that OHSU played in his experience in a separate Lilly Trials post, so the idea of meeting the man who was the inspiration behind me deciding to devote my life to clinical research was both an intimidating and exciting prospect. I would be lying if I said the decision to go was an easy one. I had to take some time to think about the opportunity before accepting. After losing Papa in December 2016, I spent most of 2017 working through the healing process and didn’t know if emotionally I would be up to the task of walking onto OHSU’s campus. However, I felt deep down that this opportunity was presenting itself now for a reason, and that it was an experience I couldn’t pass up. 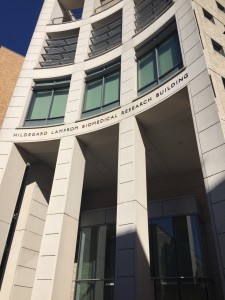 I arrived in Portland a day before our scheduled interviews. Since I had some time, I decided to spend the day exploring and retracing what I remembered of my Papa’s steps from his visits to the city. I hopped on the streetcar—Papa’s mode of transportation to OHSU—and went on a mini-culinary tour of the city, being sure to get my fill of pizza, brews and sweets—Papa’s favorite food categories.

Amazingly, more than eighteen years later, they were there to share their stories.

The morning of our meeting I woke up early, took a short run to calm my nerves, and headed over to campus to meet our videography crew for set up. Going into the day’s activities I knew that we would be interviewing Papa’s physician, along with two clinical trial patients. What I hadn’t realized was that we would be interviewing two of the people who participated in the First-in-Human study for the drug. In fact, these people were participants in the dose-escalation part of the trial, meaning that until an efficacious dose was established, they were not even receiving the recommended dosage of the medication. Amazingly, more than eighteen years later, they were there to share their stories. 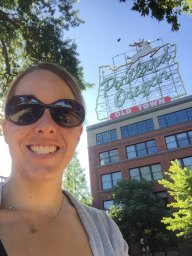 Right on time, at noon, our first interviewee arrived in the room. As I listened to the story of Patient #9, there were many times I was astounded by what I was hearing. I slowly learned that the people in this trial were incredibly resourceful and well educated about clinical research. Almost twenty years ago, Patient #9 was researching what clinical trials were available for chronic myelogenous leukemia, calling research sites to determine when the next cohort would open and finding out whether she qualified. All of this before the creation of clinicaltrials.gov! I was reminded of the days after we learned that a clinical trial was Papa’s only hope, when he would spend time on his computer Googling anything and everything so he could learn about his potential options. From Patient #9, I also had the chance to hear about how these initial patients created their own “support group,” because they felt so guilty talking about how good they felt in front of other patients who weren’t having the same response. So every month, their physician would bring his lunch and join the group to talk about whatever questions they may have: why they couldn’t eat certain things while taking their medication, why certain lab values were important in managing their care, etc.

After spending time with Patient #9, I thought I knew what to expect going into our next interview, but nothing could prepare me for when Patient #13, Papa’s doppelganger, walked into the room. He and my grandfather were the same age, had the same goofy grin and could tell the story of their journey with no additional prompting. Both viewed their story in such a positive light that they were able to downplay any negative experiences during the trial, because of what it bought them in the end. The moment that affected me the most though, came when Patient #13 told us the best part of his clinical trial experience, which was all of the things he had been able to watch his children and grandchildren accomplish. He had not dreamed any of these experiences possible eighteen years ago. This was always Papa’s answer, too. It was like he was there in the room with us and if I just closed my eyes I could imagine it was him speaking.

Patient #13 told us the best part of his clinical trial experience, which was all of the things he had been able to watch his children and grandchildren accomplish

Finally it was time for the main event, and precisely on schedule the elevator doors opened and out walked the man of the hour. Although I had never met Dr. Brian Druker before, he looked exactly as I had envisioned him from Papa’s stories. He immediately greeted his patients and entered into conversation with them, catching up on their families and lives outside of leukemia. As we moved the discussion into the interview room for a few pictures, they proceeded to chat about what other patients were up to and their memories from when the trial first started. Once the room cleared, I was asked to share my story with Dr. Druker. I’m sure he has heard a similar version of this story hundreds of times, yet he remained completely engaged in everything I had to say, as if there was no one else in the room and he had nothing better he could be doing with his time. 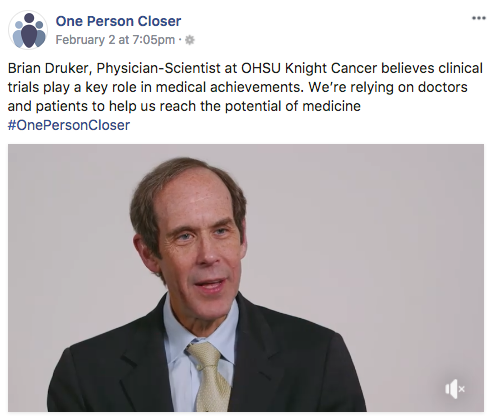 Next, it was his turn to tell his story. Throughout Dr. Druker’s interview I was amazed by the various hats he wore as a storyteller. While telling us about his childhood and early love of math and science it was like we were listening to a giddy schoolboy. When he talked about the first trials and ultimate approval of the study drug, I had a chance to see the seasoned podium presenter who knew the answers to all possible questions inside and out.

At the end of the interview, I was given the opportunity to ask him a few questions. The first was, “What was your greatest hope when you began the trials for this particular drug?” He said his first hope was that the drug wouldn’t prove fatal for any of the patients. Secondly, he said that he hoped, like many oncology researchers do, that he would cure cancer. However, what he hadn’t planned for or even considered as a possibility is that he would help create a drug that would prove to be a chronic medication that could return patients to their baseline pre-diagnosis quality of life and that many would still be taking it daily almost twenty years later. Next, I asked him, “Why do you do research?” It was during this response he morphed into a fiery advocate for clinical research as he talked about how we have to do better for our patients and shared stories of his own family members’ battles with cancer.

While listening to Dr. Druker, I felt myself light up inside. I have often been told by others, after sharing my and Papa’s story, that my passion is contagious and our story inspiring. Listening to Dr. Druker that afternoon I experienced what someone else’s contagious passion felt like. It wasn’t until I was sitting on the flight home that evening that I was able to understand why his response had moved me so. Ever since Papa passed away I have struggled. There have been days that I have struggled to come to work since even the littlest things there can make me think of him and reduce me to tears. For many people, work can be an escape from things happening in one’s personal life, but for me, because of Papa, my personal and professional lives are intimately linked.

I have also struggled to think about my career development. I have always been an incredibly driven professional, but my work goals were always “our” goals, so when I would attempt to envision my next step(s), the future looked blank. I could feel myself becoming complacent. It was like the fire that once burned inside me, for all the papas and granddaughters out there who needed more time, had reduced itself to an ember. Listening to Dr. Druker that day I felt the flame ignite anew and I could truly remember the purpose of the journey I am on and the promise Papa and I had made to each other that if people needed to put a face to clinical research, it was our duty to be that face for them if they didn’t have anyone else. For those of you who may be interested in seeing more of the beautiful faces of the scientists, healthcare professionals and patients who have participated in clinical research, join or follow the #OnePersonCloser campaign on Twitter and Facebook, and feel free to share these stories.

I know that I still have a way to go as I rediscover the things I want to accomplish during my career in clinical research. It seems fitting that after the physical healing he had once offered my Papa, Dr. Druker has now helped me start on the path to emotional healing by reigniting in me a fire that I need to be mindful to never let extinguish.

The Path from HCP to Researcher: A Word of Advice

If you’re a physician interested in getting involved in clinical research, you must understand that it can be a big career shift. Luckily, Kamnesh Pradhan has valuable advice to share.

Paving the Way to Better Diversity in Clinical Trials

To discuss what Lilly is doing to increase diversity in clinical trials, we spoke with two outstanding women who are leading the charge.