The Two Little Words That Changed Our Lives

Editor's Note: The following post comes from Abby Jeske, a Lilly employee in early phase oncology research. Abby shares the story of her grandfather's clinical trial experience and how he has inspired and encouraged her to get involved in clinical research. 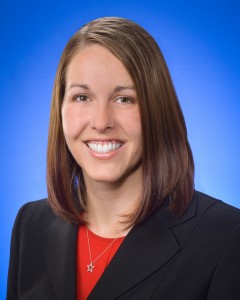 "Clinical Trials." It’s hard to believe how two small words have made such a large impact on my life and the lives of my family.

Sixteen years ago, in my small hometown in North Dakota, most people wouldn’t have been able to tell you what a clinical trial was. I definitely couldn’t have. In fact, I could have hardly told you what cancer was, never mind what the different types were or what they meant. That is until my maternal grandfather Jerry—Papa—was diagnosed with Chronic Myelogenous Leukemia or CML. In all fairness, I was only fifteen, so it’s probably a blessing that up until that fateful day in December 1999, I was mostly sheltered from the horrors of the C-word no one wants to hear.

I still remember the night my mom told me the news with vivid clarity. It was a Sunday, I had purchased a new CD that afternoon at the mall, and was just sitting down to listen to it when my dad knocked on my door. He said my mom needed to talk to us kids about something important. I instantly knew something was wrong when I walked into my parent’s room and saw my mom sitting on their bed crying. 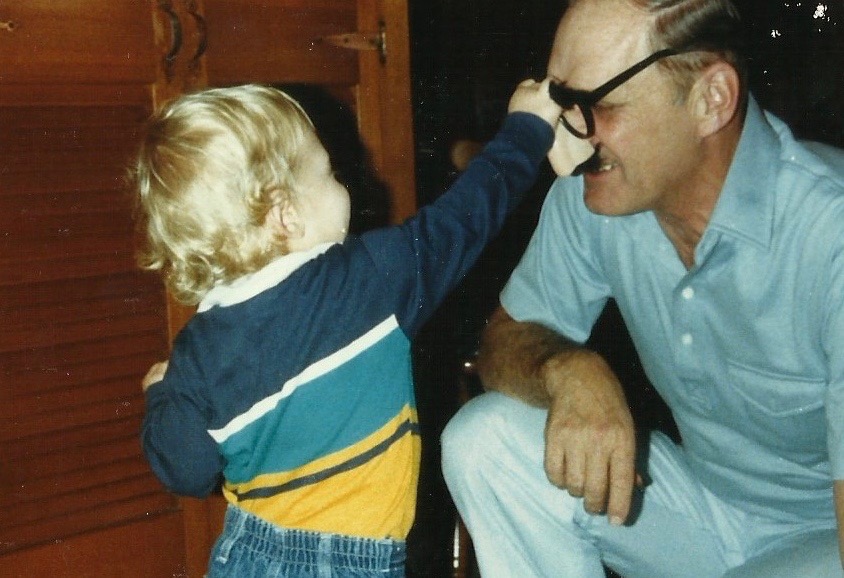 After she told us the news that Papa had cancer and was traveling to the Roger Maris Cancer Center in Fargo the next day to begin treatment, my first response was that we needed to go pick up a carton of butter pecan ice cream—my grandpa’s favorite—and go over to their house. I was lucky enough to live in the same town as my grandparents and saw them every day during high school for lunch, so the fact that we could just go over and comfort them that night was something special we could do that the rest of my family couldn’t. Talking with my grandparents, we learned that they had actually known about the diagnosis since the Friday before, but didn’t want to ruin everyone’s weekends, so they kept it to themselves.

The next few months were filled with weekly—and what sometimes felt like daily—visits to the local hospital for interferon infusions, labs, and blood transfusions. Papa didn’t respond well to interferon, which was the standard of care for CML at that time. Many days he didn’t have the energy to shower or get dressed. Often the only time he left his bed was to go to the clinic or sit with me when I visited at lunch. For him, the worst part was the bone pain he experienced, which led to multiple hospitalizations. For me, the worst part was the regular talks with my parents, who told us kids to make sure we spent as much time with Papa as possible since they didn’t know if he would make it through each week.

Finally in September of 2000 his oncologist in Fargo decided to refer him to the Mayo Clinic in Rochester, MN. His doctor felt that Papa was out of options and knew my grandfather needed a miracle. The fear was that Papa’s chronic leukemia would soon transition to an acute disease, which we were told would be a death sentence. Thankfully, the oncologist at Mayo Clinic knew about a clinical trial being conducted at four major cancer centers across the United States that was showing amazing results and he was willing to work with my grandfather’s primary oncologist to get him referred. Papa was told to “pray that he has the right kind of cancer.”

About a month later, my grandfather received an acceptance letter from Oregon Health and Sciences University letting him know that he had been accepted into the clinical trial; however, there was a shortage of the experimental treatment so we would need to wait until the medication was available. For us, this meant more interferon treatments, but it also gave us hope and gave Papa something to keep fighting for. There was a light at the end of the tunnel; he just had to hold out a little longer.

Finally—about six months after he was initially accepted into the trial—we received notice that Papa would be able to start receiving treatment in the study on March 26, 2001. 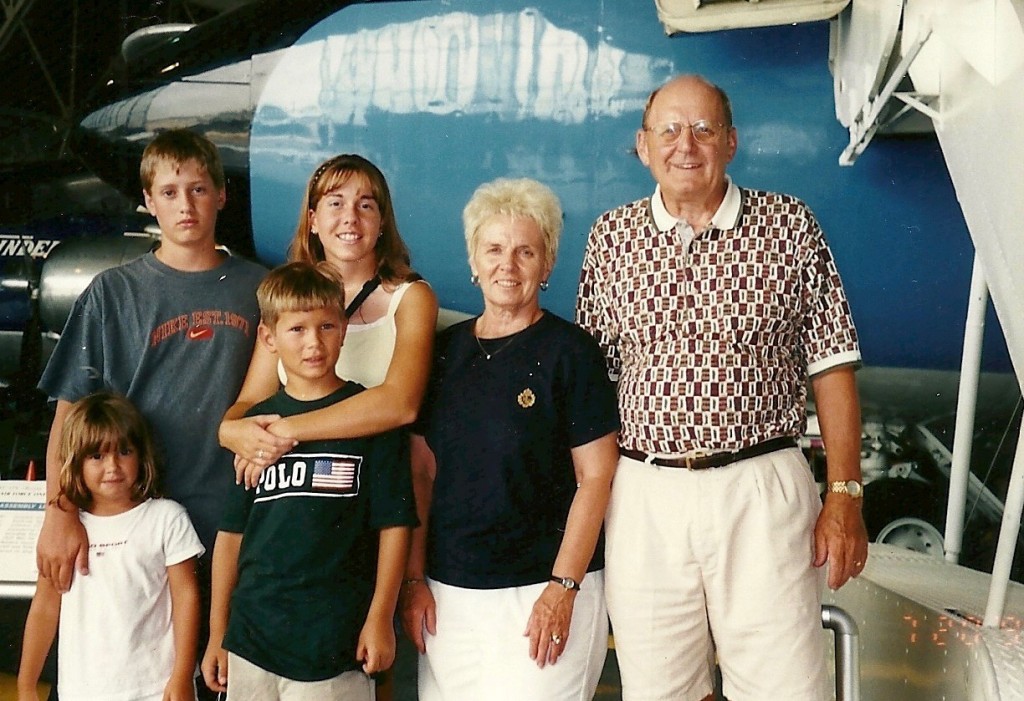 By that time, I had moved in with my grandparents and was finishing up my junior year of high school. It was amazing to watch the transformation that occurred within my grandfather once he started study treatment. Within 30 days his blood counts were back within normal limits and within a few months, he was his old self again and able to golf—a full 18-holes in one outing. During the early months of his sickness, we were always able to gauge how Papa was feeling by the number of holes he was able to complete on the course and by whether he walked or used a cart. So a return to a full round meant a return to “normal” for us.

Our clinical trial experience was a very positive one, but it wasn’t without its hiccups. One of those hiccups was at the delay in Papa’s start of the trial because of the shortage in Investigational Product. Another hiccup occurred when about three months after he began the study, the drug received a fast-track designation by the FDA and was approved. This was great news for all the patients needing access to this treatment, but it also meant that we needed to figure out how he would get access to the new, branded medication.

My grandfather will continue to take this medication for the rest of his life, even though the bio-marker is no longer detectable in his blood. That’s because about 10-15% of patients with CML who stop taking the medication experience a recurrence that doesn’t respond to therapy. But we were aware of these risks from the start, and we gladly took them for the opportunity to have my grandfather be healthy again. 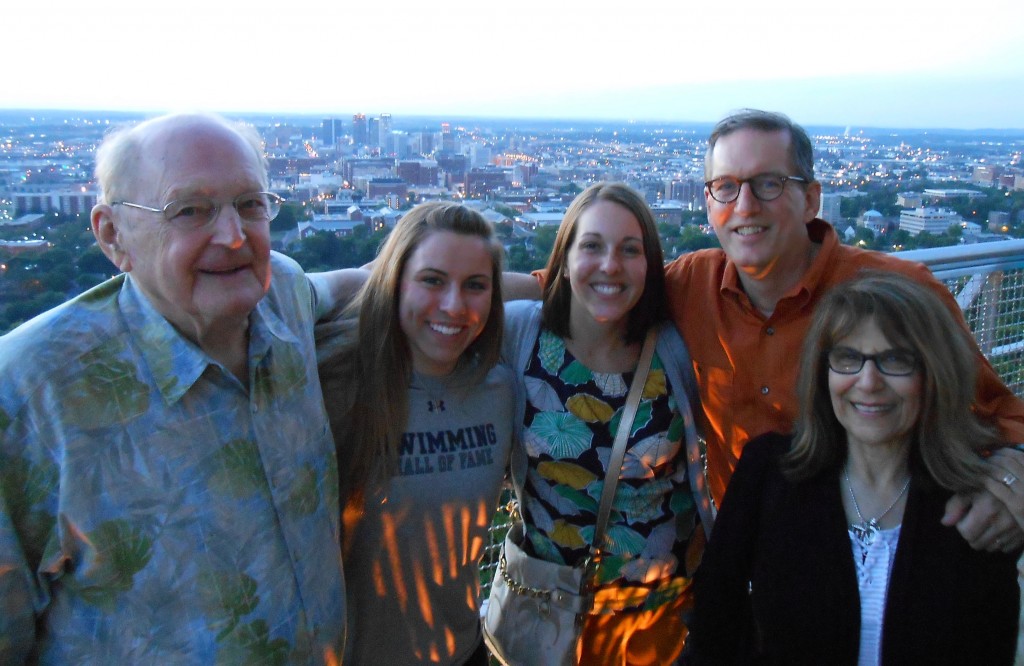 For my family, the clinical trial experience was transformational. It gave us the opportunity to experience hope after a lot of heartbreak. As a result of his experience Papa has become an active proponent for clinical trials and played a large role in encouraging me down the path that brought me to Lilly.

When I changed majors during my sophomore year of undergrad to pre-med with the intent of becoming an oncology researcher, Papa was one of the first people I told. And when I graduated undergrad and decided to take a year off, he was the one calling me almost weekly to tell me that a local Contract Research Organization (CRO) was hiring research coordinators and I should apply. When I made the decision to go to pharmacy school in the hopes of working at a pharmaceutical company and having a greater impact on the future state of clinical trials, he helped me move to and from Alabama. And every Sunday night he still calls to ask about my week and how things are going at work. His constant encouragement and the thought of all the other little girls whose Papas need a miracle are what drive me every day.

This past Saturday, March 26th, marked the fifteenth anniversary of my grandfather’s first clinical trial visit day. As I reflect back it seems almost unfathomable the things that have happened since that day. For a pharmacist, especially one from North Dakota, my career is a non-traditional one, but it’s one that started as a result of two little words sixteen years ago and I wouldn’t change a thing.